Much of what is known today concerning early Greek mythology comes from Hesiod’s work and that other great Greek poet Homer. Collectively, their works would serve as a major influence on later Greek literature and drama, and Roman mythology, especially through the epic Metamorphoses by Ovid. Little is known of Hesiod’s life.

The Theogony (from the Greek theogonia, meaning “generations of the gods”) is an epic poem of 1,022 hexameter lines which describes the birth of the gods in the Greek pantheon. The historian Dorothea Wender criticizes Hesiod “Homer gets more excitement out of a footrace than Hesiod does out of a full-scale war in heaven.” (3)

The question becomes, are these first two verses of Genesis stand-alone sentences? Father God has to relate the magnitude of creation to a simple sheep herder. I can hear the conversation in my head. “Moses, you know I made all of this.” Moses replies “yes Lord.” And so we get Genesis 1:1.

How long the heavens and the earth may have just sat there we aren’t told. What exactly happened on the Earth we are not directly told either. There are varying theories as to the events, first is at some point God decided to take the universe He had created and later spark it with life and give it a new order. And He began that new process by creating light, and that’s when we encounter the first “day”.

Next, there are some that have presented the idea that the Earth was immediately created in its fullness, beautiful and containing all manner of plants and animals. Then, when Lucifer fell and was cast to the earth as a penalty he brought about chaos, darkness and destroyed much of what God had created.

My thought on this passage would add another dimension to the meaning of this verses, the “here and now”. What was God (I will use His Hebrew name[s] often: YHVH, Jehovah, Elohim, Adonai, etc.) trying to tell Moses in that moment? In Exodus 3:14 He describes His name and His nature as “I am who I am.” This gives us the notion that YHVH is always in the “here and now”. Again, what is He trying to tell Moses in that moment?

Imagine if you will verse 2 reading as follows; “But, the earth became a worthless thing because wickedness misery and death were on the surface making it undistinguishable to the Creator.” That this action of wickedness caused the Spirit of God to move. Now we are talking about the flood! It isn’t until later in the account of Noach that we get the full details. Almost like Moses asked YHVH “well HOW did it become void?”

Back to Hesiod, He claims “He was instructed by Muses to speak of those who will “live forever.” Hesiod, thus, paid homage to the gods with a hymn to the nine Muses who had told the poet of times past. It was a time before the days of Zeus when the earth was born out of Chaos. They spoke of the rise of their father Zeus to the throne on Mount Olympus after his defeat of his own father, Kronos (Cronus).”

Again the idea of “order out of chaos” is brought to light. This is the gap theory’s major premise. Not the truth that YHVH created something orderly and perfect from the very beginning and that mankind, with the lies given by Satan, would cause a perfect creation to collapse. This would require YHVH’s plan for redemption. YHVH already knew what was going to happen.

Genesis 1:1 “In the beginning* God created the heaven and the earth.”

*H7225 רֵאשִׁית Be-re’shiyth (Bet ray-sheeth’) n-f. 1. the first, in place, time, order or rank. The word “beginning” or Be-re’shyit contains the Hebrew letters Bet, Resh, Aleph, Shin, Yod and Tav. These were pictographic letters with each creating their own word. These words are often compared to our compound words like “goodhearted” or “soft-spoken” only a little more complex.

The word beginning here is translated by the individual Hebrew letters thusly; Bet is Tent/house, Resh is head/father, Aleph means leader, Shin is a set of fangs/teeth meaning piercing, Yod is a hand/arm and Tav is a set of Crossed sticks. (See chart)

The full understanding of the word ‘beginning’ is now, “The head of the house of the Father, pierced by the hand, on a cross, to bring the covenant.”

This is explained to us in Isaiah 46:10 “Declaring the end from the beginning, and from ancient times the things that are not yet done, saying, My counsel shall stand, and I will do all my pleasure.”

The “war in heaven” in my opinion is pure myth, legend, or better yet lie. The only war of mighty angels is found in scripture and it was among themselves for power and control. Every design of evil is to control the earth, from Alexander the Great, to Pharaoh, to Hitler, even Pinky & the Brain. Heaven is where YHVH/God lives and He has ALL control. The Garden of Eden was, and will again be Heaven. Right here on terra firma, Earth.

Genesis 1:8 And God called the firmament Heaven. And the evening and the morning were the second day.

Order out of chaos remains a controlling force by those that intend to own and operate the world, with the use of deceit and trickery just like Prometheus. Just look at the images provided.

The symbol of chaos 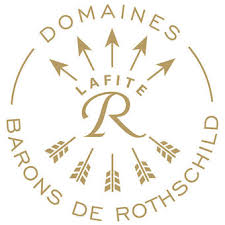 The Order out of Chaos symbol 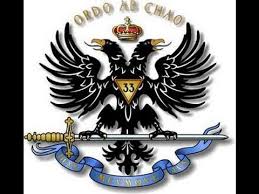