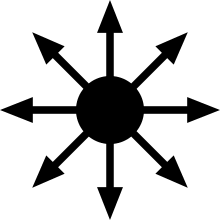 Pagan lies part 2 Much of what is known today concerning early Greek mythology comes from Hesiod's work and that other great Greek poet Homer. Collectively, their works would serve as a major influence on later Greek literature and drama, and Roman mythology, especially through the epic Metamorphoses by Ovid. Little is known of Hesiod’s... END_OF_DOCUMENT_TOKEN_TO_BE_REPLACED

The world is getting more progressive in its approach to outright pagan worship. On the rare occasion I watch television I find we are constantly being bombarded by the occult and their desire to teach us false gods and the worship there of.... case in point the TV commercial for a cologne called none other... END_OF_DOCUMENT_TOKEN_TO_BE_REPLACED