23 And when he was entered into a ship, his disciples followed him.

The typical ship of that day used for fishing commercially would have been 26.5 feet long, 7.5 ft wide and 4.5 ft deep. It took 5 men to operate and could hold 15 passengers.

24 And, behold, there arose a great tempest in the sea, insomuch that the ship was covered with the waves: but he was asleep.

25 And his disciples came to him, and awoke him, saying, Lord, save us: we perish.

26 And he saith unto them, Why are ye fearful, O ye of little faith? Then he arose, and rebuked (forbid) the winds and the sea; and there was a great calm.

27 But the men marveled (to admire), saying, What manner of man is this, that even the winds and the sea obey him!

This is a defining moment for these men. The pagan magicians could perform tricks and appear to have cured sickly people much in the same way we see the televangelists operate today. Controlling the forces of nature proved to them he was of divine nature.

28 And when he was come to the other side into the country of the Gergesenes (North of Hippus), there met him two possessed with devils, coming out of the tombs, exceeding fierce, so that no man might pass by that way.

29 And, behold, they cried out, saying, What have we to do with thee, Jesus, thou Son of God? art thou come hither to torment us before the time?

(Notice here the demons know when the end of days occurs.)

30 And there was a good way off from them an herd of many swine feeding.

31 So the devils besought (implore of) him, saying, If thou cast (to eject) us out, suffer (to turn over) us to go away into the herd of swine.

32 And he said unto them, Go. And when they were come out, they went into the herd of swine: and, behold, the whole herd of swine ran violently down a steep place into the sea, and perished in the waters.

33 And they that kept them fled, and went their ways into the city, and told everything, and what was befallen to the possessed of the devils.

34 And, behold, the whole city came out to meet Jesus: and when they saw him, they besought him that he would depart out of their coasts.

One would think these people would have been excited and full of joy over the salvation of the two men possessed by the demons. Instead they were fiercely mad because they lost their pigs.

One thing you can be certain of, they were not Hebrews, as Hebrews would not be tending pigs in a herding manner. Pigs were detestable to Hebrews and would have been used only to rid the city of garbage, so then, they would have been left to their own roaming habits.

The pagans here looked at the pigs as a cash crop and thus Yeshua had impacted their finances. Which is more important, your personal income or the salvation of the lost. Do we suspect that YHWH will not test us in this? After all, he says that His grace is sufficient and here He examples it. 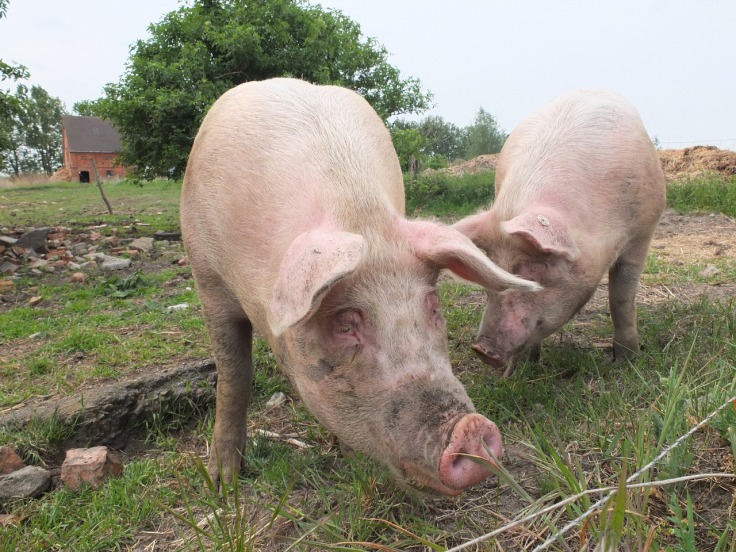