16 For if the firstfruit be holy, the lump is also holy: and if the root be holy, so are the branches.

17 And if some of the branches be broken off (those that were dispersed among the nations – Northern Tribes) , and thou, being a wild olive tree (not a part of the Northern Tribes), wert grafted in among them (married into or came to faith because of), and with them partakest of the root and fatness of the olive tree; (the blessings of the faith)

18 Boast not against the branches. But if thou boast, thou bearest not the root, but the root thee.

It’s not because of your decision to be a part of the faith, it is because YHWH has chosen to include you in the faith.

Ezekiel 37:15-23 “The word of the Lord came again unto me, saying, Moreover, thou son of man, take thee one stick, and write upon it, For Judah, and for the children of Israel his companions: then take another stick, and write upon it, For Joseph, the stick of Ephraim and for all the house of Israel his companions: And join them one to another into one stick; and they shall become one in thine hand. And when the children of thy people shall speak unto thee, saying, Wilt thou not shew us what thou meanest by these? Say unto them, Thus saith the Lord God; Behold, I will take the stick of Joseph, which is in the hand of Ephraim, and the tribes of Israel his fellows, and will put them with him, even with the stick of Judah, and make them one stick, and they shall be one in mine hand. And the sticks whereon thou writest shall be in thine hand before their eyes. And say unto them, Thus saith the Lord God; Behold, I will take the children of Israel from among the heathen, whither they be gone, and will gather them on every side, and bring them into their own land: And I will make them one nation in the land upon the mountains of Israel; and one king shall be king to them all: and they shall be no more two nations, neither shall they be divided into two kingdoms any more at all. Neither shall they defile themselves any more with their idols, nor with their detestable things, nor with any of their transgressions: but I will save them out of all their dwelling places, wherein they have sinned, and will cleanse them: so shall they be my people, and I will be their God.”

Paul uses a cultural, as well as physical, and scriptural example that the people of Jerusalem would immediately recognize, that being the olive tree. Olives were essential to the food supply and their care and harvest were of utmost concern. Paul compares the natural tree to the Southern Kingdom and that which was broken off to the Northern Kingdom and that which was grafted in as the Gentiles. He tells them there is no need for jealousy as ALL who believe in Jesus as Messiah are now grafted into one holy and fruitful tree.

Genesis 48:17-20 “And when Joseph saw that his father laid his right hand upon the head of Ephraim, it displeased him: and he held up his father’s hand, to remove it from Ephraim’s head unto Manasseh’s head. And Joseph said unto his father, Not so, my father: for this is the firstborn; put thy right hand upon his head. And his father refused, and said, I know it, my son, I know it: he also shall become a people, and he also shall be great: but truly his younger brother shall be greater than he, and his seed shall become a multitude of nations. [goyim] And he blessed them that day, saying, In thee shall Israel bless, saying, God make thee as Ephraim and as Manasseh: and he set Ephraim before Manasseh.”
19 Thou wilt say then, The branches were broken off, that I might be grafted in.

John 15:5 “I am the vine, ye are the branches: He that abideth in me, and I in him, the same bringeth forth much fruit: for without me ye can do nothing.”

20 Well; because of unbelief they were broken off, and thou standest by faith. Be not highminded, but fear:

21 For if God spared not the natural branches, take heed lest he also spare not thee.

God divorced the Northern Kingdom because they would not believe upon His ways and follow His instructions {Torah} so Paul points out that the disbelief of the Pharisees and Scribes they risk the loss of the Kingdom of Heaven in their disbelief of Yeshua and his sacrifice.

Jeremiah 3:8 “And I saw, when for all the causes whereby backsliding Israel committed adultery I had put her away, and given her a bill of divorce; yet her treacherous sister Judah feared not, but went and played the harlot also.”

Jeremiah 11:16 “The Lord called thy name, A green olive tree, fair, and of goodly fruit: with the noise of a great tumult he hath kindled fire upon it, and the branches of it are broken.”

22 Behold therefore the goodness and severity of God: on them which fell, severity; but toward thee, goodness, if thou continue in his goodness: otherwise thou also shalt be cut off.

23 And they also, if they abide not still in unbelief, shall be grafted in: for God is able to graft them in again. 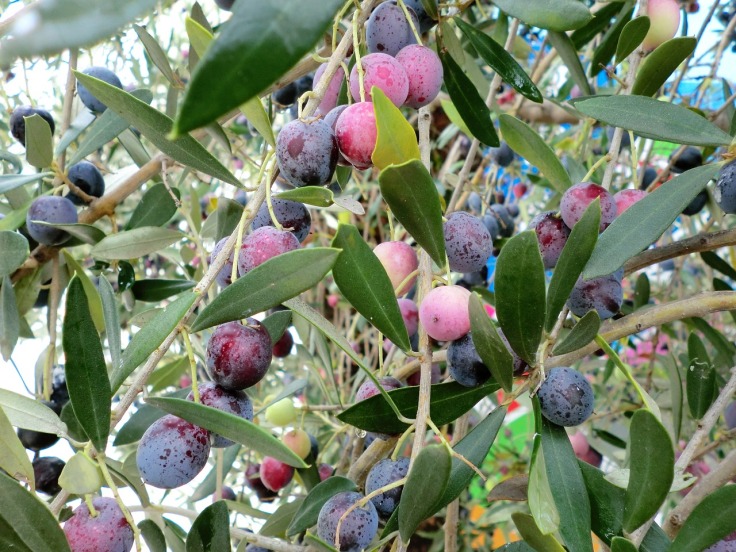