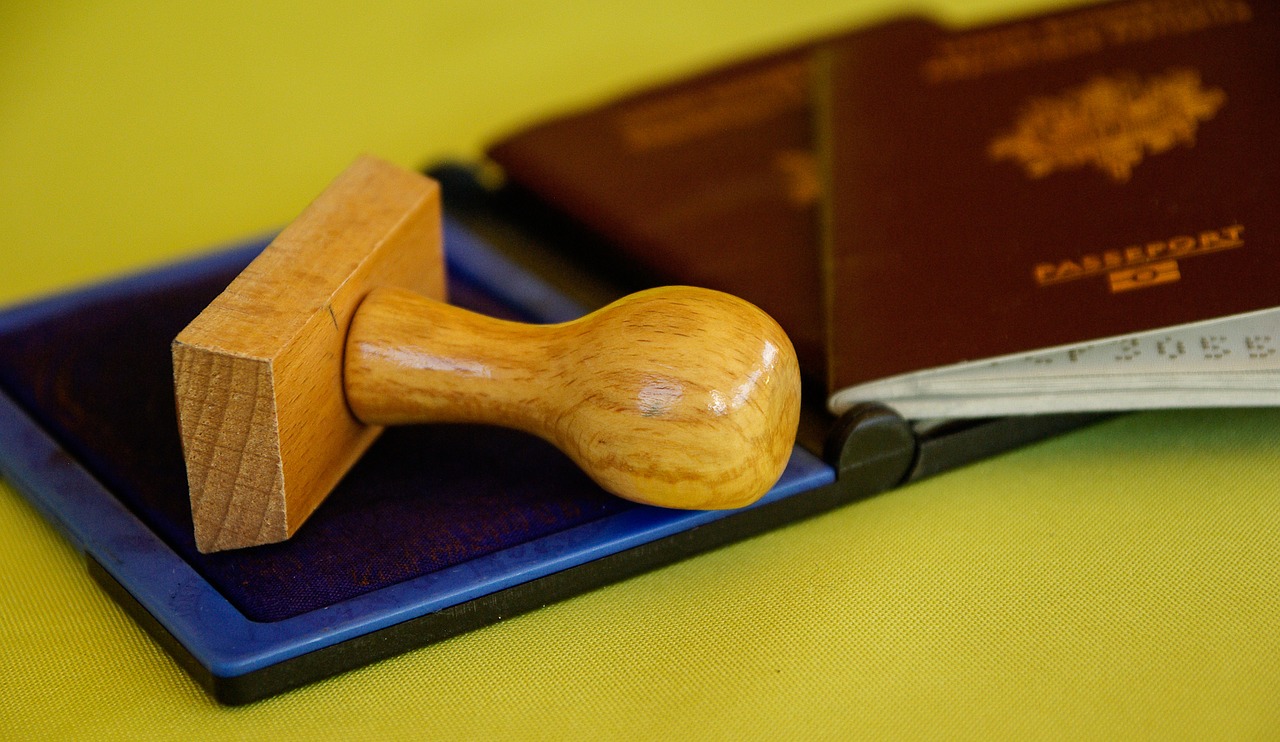 5:1 Therefore being justified (regarded as innocent) by faith, we have peace with God through our Lord Jesus Christ: (Again, it is the blood of Yeshua sprinkled on the horn of the heavenly altar that covers our sin. It is his innocent and perfect life that meets the requirement.)

2 By whom also we have access by faith into this grace wherein we stand, and rejoice in hope of the glory of God.

John 3:16 For God so loved the world, that He gave his only begotten Son, that whosoever believeth in Him should not perish, but have everlasting life.”

We have to see in this sentence a couple of significant situations. 1st that it is YHWH that provides the sacrifice, for those that believe by faith, in the same way He provided the sacrifice to Abraham.

Genesis 22:13 “And Abraham lifted up his eyes, and looked, and behold behind him a ram caught in a thicket by his horns: and Abraham went and took the ram, and offered him up for a burnt offering in the stead of his son.”

2nd the “believe” is multifaceted, we must believe that YHWH is the supreme ruler of the universe and next, we have to believe that Yeshua is the fleshly extension of YHWH. This provides the same redemption as the House of Israel in the exodus.

Deuteronomy 5:15 “And remember that thou wast a servant in the land of Egypt, and that the Lord thy God brought thee out thence through a mighty hand and by a stretched out arm: therefore the Lord thy God commanded thee to keep the sabbath day.”

In both examples the grace and mercy of YHWH are of His power and His performance made available freely to those that believe, and it is in their belief the people take action upon the instructions of YHWH. Faith produces Salvation, via grace, which produces action out of gratitude.

3 And not only so, but we glory in tribulations (afflictions, persecutions) also: knowing that tribulation worketh patience; (endurance, constancy)

4 And patience, experience (proof of character); and experience, hope: (anticipation of pleasure [heaven])

5 And hope maketh not ashamed; because the love of God is shed abroad (gushed out) in our hearts by the Holy Ghost which is given unto us.

This is how the “Word” is written on our hearts. In taking the writings of John 1:1 we see “In the beginning was the Word, and the Word was with God, and the Word was God.” While we generally focus on this as the affirmation of Yahshua and his divine nature what we have to understand is this: in the same way that Yahshua is an extension of YHWH, so too, is the Holy Spirit.

As such this Spirit, otherwise known as the breath of YHWH, is able to communicate directly to our inner consciousness, connecting to our “brain” and whispering to us the truths of YHWH’s existence, directing us to His commands [Bible] and to salvation in the blood of Yeshua.

2 Timothy 2:7 “Consider what I say; and the Lord give thee understanding in all things.”

6 For when we were yet without strength, in due time (accordingly proper moment) Christ died for the ungodly. (2 Peter 3:4 “And saying, ‘Where is the promise of his coming?’ for since the fathers fell asleep, all things continue as they were from the beginning of the creation.”)

7 For scarcely (suffer mental anguish) for a righteous man will one die: yet peradventure (possibly) for a good man some would even dare (profess, talk big about) to die.

8 But God commendeth (exhibited) his love toward us, in that, while we were yet sinners, (living adverse to Torah) Christ died for us.

We as Christians know that simply “being good” in our daily life will not be enough to get into heaven, a “good” man without Christ is still a sinner. Paul is telling us here about our own nature as men, in that, we would most likely lay our life on the line for people we consider to be worthy, like our spouse or best friend.

Also, that it would be very unlikely we would do it for someone we either didn’t know or didn’t like. But here we see that Yahshua did just that, laid down his life for all men, even those that opposed him.

9 Much more then, being now justified (to prove or show (something) to be just, right, or reasonable) by his blood, we shall be saved from wrath (punishment for an offense or a crime :  divine chastisement) through him.

10 For if, when we were enemies, we were reconciled (to cause people or groups to become friendly again after an argument or disagreement) to God by the death of his Son, much more, being reconciled, we shall be saved by his life.

11 And not only so, but we also joy in God through our Lord Jesus Christ, by whom we have now received the atonement. (Reparation for an offense or injury.)

12 Wherefore, as by one man sin entered into the world (Adam), and death by sin; and so death passed upon all men, for that all have sinned:(Disobeying Torah or the instructions.)

13 For until the law (Torah) sin was in the world: but sin is not imputed when there is no law.

Prior to the Torah being written down in stone, men still behaved adversely to YHWH; and the extension of grace was needed, far more then, than since the time the Torah was written.

We have to see the progression of the Torah as:

1. Communicated through the ‘Order of Melchizedek’ as a personal “coaching” of Yeshua to Adam, Adam to Seth, Seth to Enos and so on until the fall of the Nephilim.

2. Noah was the last of the true worshipers when the flood came. Noah taught Shem who taught Abraham, Abraham to Isaac, Isaac to Jacob until the time of the famine.

3. During the years in Egypt the people forgot the ways of Torah and began to worship the gods of Egypt. It is now a matter to be written down permanently so that, all that choose to follow YHWH, whether Israelite or not, has access to the instructions.

Exodus 12:49 “One law shall be to him that is homeborn, and unto the stranger that sojourneth among you.”

14 Nevertheless death reigned from Adam to Moses, even over them that had not sinned after the similitude of Adam’s transgression, who is the figure of him that was to come.

15 But not as the offence, so also is the free gift. For if through the offence of one many be dead, much more the grace of God, and the gift by grace, which is by one man, Jesus Christ, hath abounded unto many.

16 And not as it was by one that sinned, so is the gift: for the judgment was by one to condemnation, but the free gift is of many offences unto justification.

17 For if by one man’s offence death reigned by one; much more they which receive abundance of grace and of the gift of righteousness shall reign in life by one, Jesus Christ.

19 For as by one man’s disobedience many were made sinners, so by the obedience of one shall many be made righteous.

20 Moreover the law entered, that the offence might abound. But where sin abounded, grace did much more abound:

21 That as sin hath reigned unto death, even so might grace reign through righteousness unto eternal life by Jesus Christ our Lord.

The term “abound” or “to be present in large numbers or in great quantity” was discovered after men examined their lives according to the Torah. Paul tells us here that the more we examine our lives in comparison to the instructions of God (Torah) and the more we see our own disobedience, the more we recognize the extreme love of God through the sacrifice of his Son and therefore we see grace abound to cover all our shortcomings. 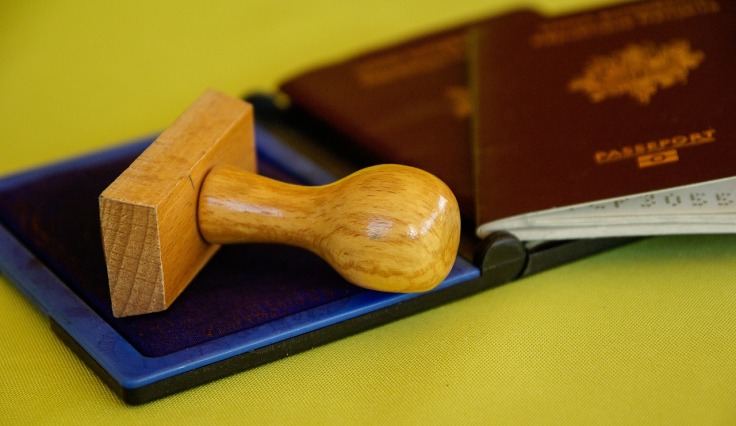