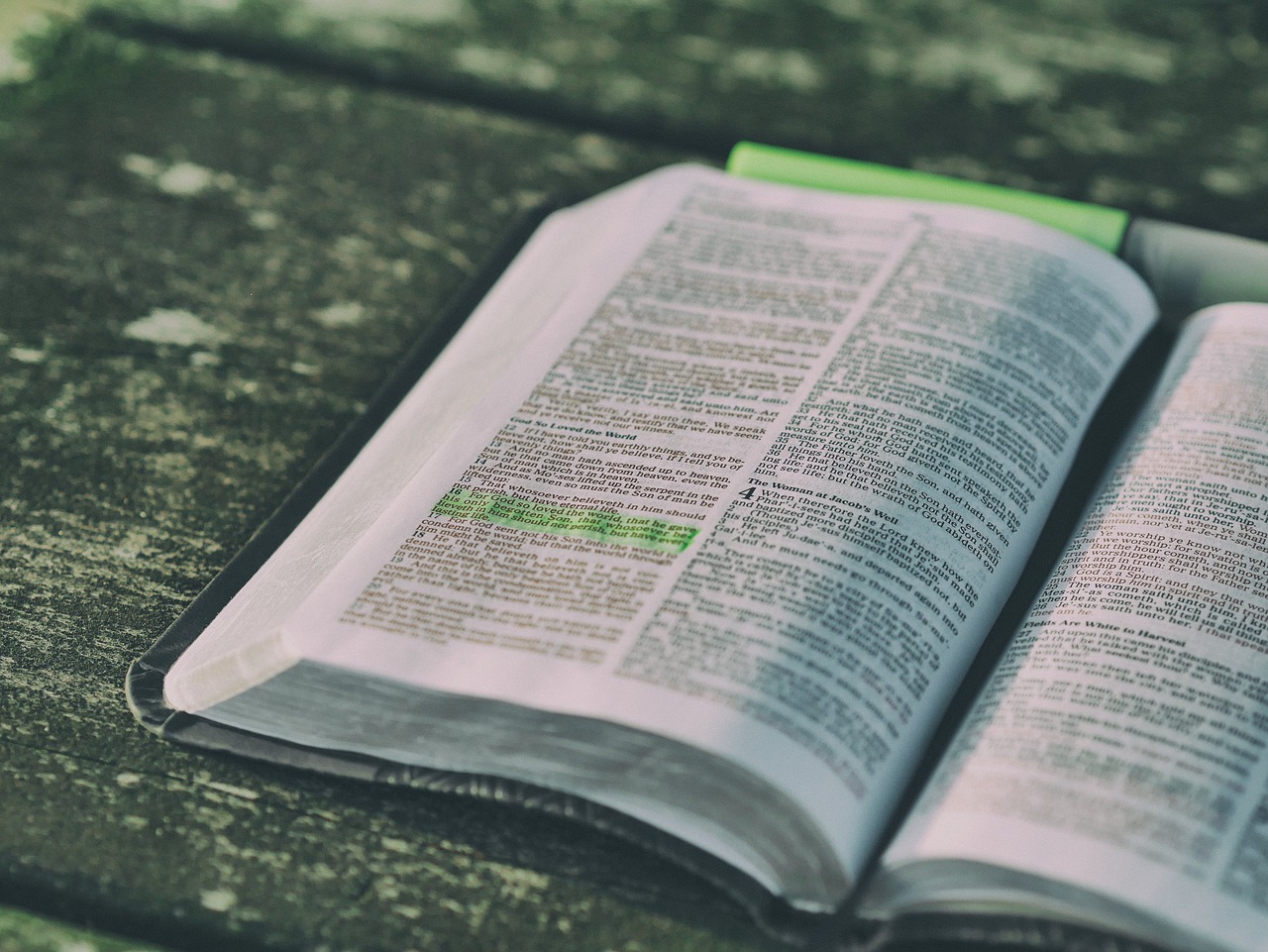 The construct of the Bible

The scriptures we hold today may or may not contain all the books of inspired writings as YHVH had intended, yet they provide a complete and overwhelming amount of information for us today. There is sufficient material to confirm the will and destiny in which YHVH has intended for mankind.

There have always been, currently are, and always will be those that contend over the meanings behind the words documented within the Holy Bible. Even though, there is no doubt that the God of creation set forth a plan and has not stopped, slowed or even hesitated to complete said plan.

From Genesis 1:1 “In the beginning God created the heaven and the earth.”

The full understanding of the word would thus be “The head of the house of the Father pierced by the hand on a cross to bring the covenant.”

This is explained to us in Isaiah 46:10 “Declaring the end from the beginning, and from ancient times the things that are not yet done, saying, My counsel shall stand, and I will do all my pleasure”

The construct of the Bible is one aspect I believe is overlooked in its importance. The Tanakh or what Westerner call the Old Testament was the only “bible” available to the early believers and to the writers of the New Testament. Genesis, Exodus, Leviticus, Numbers and Deuteronomy, or the Pentateuch, bring us the commandments of YHVH. Moses leads the Israelites not only through the wilderness, but to the knowledge of proper living in the faith of YHVH.

The following books: Joshua, Judges, Ruth, Samuel 1&2, Kings 1&2, Chronicles 1&2 tell us of the history of the Hebrews in the Promised Land. The people here example both what to do according to the commandments, but moreover, what NOT to do. The wisdom books of Job, Solomon and David are there to shake the consciences of the people with sound advice. These are followed by the major and minor prophets which are warnings for the continued disobedience of the commandments by the people.

In the New Testament we get the 4 eyewitness accounts of Yeshua, where again there are those that will stir controversy as to accuracy. Here I will ask you to think about that for a minute provided you fall into that camp. My wife and I take another couple with us to civic function, party or festival, will we all be able to go home and privately write down all the occurrences in the exact same perspective? Hardly. There would be far too much going for all of us to have the exact same experience. While one is in the bathroom, another at the snack table and the others conversing with a revolving cast of people, then a fight breaks out! The one at the snack table turns in time to see the defender make his move and the two in conversation saw it from the beginning. Then the one exiting the bathroom can only see the guy on the floor bleeding while the other is being escorted out. The same situational dichotomy existed with the eyewitness of the gospel accounts.

After the gospel accounts we have letters to the churches across the Roman Empire from James, John, Peter, Paul and others. The one thing that few have taken into consideration; these are responses to issues and situation that were happening in the absence of the evangelist that began the congregation. Many of these original congregants were previously Jews that converted to the belief in Yeshua, while the remainder were previously pagan polytheists.

Much of the discourse in the New Testament writing are the solutions to questions concerning these two divergent philosophies within the same congregation. While some struggles with Messiah and the lack of the sacrificial system, others struggled with the habits and traditions of the pagan rituals of perversity and blood.

The ability to unravel these enigmas have plagued man since the day that ink dried from Paul’s pen.

2 Peter 3:15-17 “And account that the longsuffering of our Lord is salvation; even as our beloved brother Paul also according to the wisdom given unto him hath written unto you; As also in all his epistles, speaking in them of these things; in which are some things hard to be understood, which they that are unlearned and unstable wrest, as they do also the other scriptures, unto their own destruction. Ye therefore, beloved, seeing ye know these things before, beware lest ye also, being led away with the error of the wicked, fall from your own stedfastness.”

When we look back at the section on Antinomianism, in light of the construct, we may be off to consider the Bible as The Covenant and the Renewal of the Covenant, with nothing ‘old’ about it.

A biblical canon or canon of scripture comes from the Greek κανών, meaning “rule” or “measuring stick”. Most of the canon listed as the Holy Bible is considered “closed” (i.e., books cannot be added or removed), reflecting a belief that public revelation has ended and thus some person or persons can gather these are the approved inspired texts and are a complete and authoritative collection of books. Believers consider canonical books as inspired by God or as expressive of the authoritative history of the relationship between God and his people.

The first council that accepted the present Catholic canon (the Canon of Trent) may have been the Synod of Hippo Regius in North Africa (393). A brief summary of the acts was read at and accepted by the Councils of Carthage in 397 and 419. These councils were under the authority of St. Augustine, who regarded the canon as already closed. Pope Damasus I’s Council of Rome in 382, and the subsequent commissioning of the Latin Vulgate edition of the Bible, c. 383, was instrumental in the fixation of the canon in the West. Final dogmatic articulations of the canons were made at the Council of Trent of 1546 for Roman Catholicism, this was influenced by Martin Luther’s Ninety-five Theses.

The followers of John Wycliffe undertook the first complete English translations of the Christian scriptures in the 14th century. These translations were banned in 1409 due to their association with the Lollards, a religious movement started by Wycliffe. Wycliffe was a Roman Catholic theologian who was dismissed from the University of Oxford in 1381 for criticism of the Roman Catholic Church and leading sects towards the reformation.

When Mary I succeeded to the throne in 1553, she returned the Church of England to the communion of the Roman Catholic faith and many English religious reformers fled the country, some establishing an English-speaking colony at Geneva. Under the leadership of John Calvin, Geneva became the chief international center of Reformed Protestantism and Latin biblical scholarship. These English expatriates undertook a translation that became known as the Geneva Bible.

n May 1601, King James VI of Scotland attended the General Assembly of the Church of Scotland at St Columba’s Church in Burntisland, Fife, at which proposals were put forward for a new translation of the Bible into English. Two years later, he ascended to the throne of England as King James I of England.

James gave the translators instructions intended to ensure that the new version would conform to the ecclesiology and reflect the episcopal structure of the Church of England and its belief in an ordained clergy. The translation was done by 47 scholars, all of whom were members of the Church of England. In common with most other translations of the period, the New Testament was translated from Greek, the Old Testament from Hebrew and Aramaic, and the Apocrypha from Greek and Latin.