My discovery in charity has come at rather steep price. Thousands of dollars as well as thousands of hours later I discovered I had not been providing the correct answer to the question posed by the beggars. Their questions are all the same; “Can you spare a dollar?” They want money and though many times I have given of the contents of my pocket, I would be horribly disappointed. While the act was perpetrated with complete honor and good intentions; I was left with a sense of betrayal and disgusted by my actions. Why should I feel bad after “helping” someone in need? 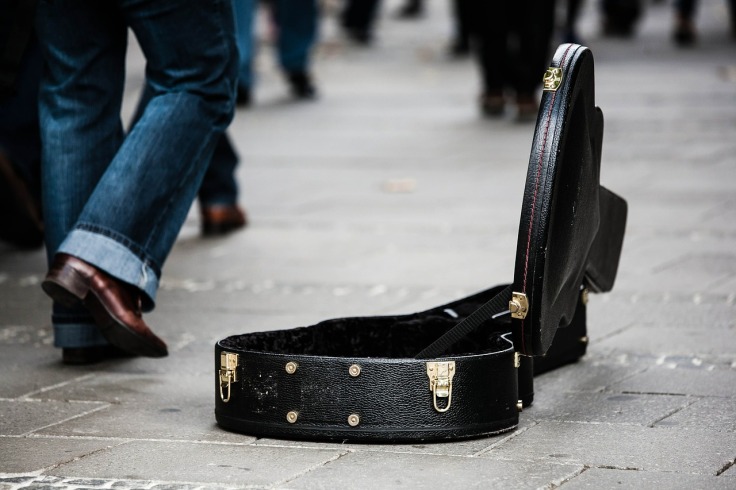 Two apostles were walking down the road when they encountered a beggar. Alms was his request, while their command contained wealth beyond measure, he received no money. “Sir, silver and gold, I have none. In the name of Jesus Christ, walk!” In the same vein, the enlightenment of the phrase oft quoted and is seldom understood; “Give a man a fish and he eats for a day, teach a man to fish and he eats for a lifetime.” Where are the men and women proficient in fishing? Are they in government, or the Church, or Corporate America, or is it you?  The entity is not the answer, the same as the beggars answer is not the money, yet it (the answer) is in what the money buys.

Adam Smith observes in his book Wealth of Nations; “Nobody but a beggar chooses to depend chiefly upon the benevolence of his fellow-citizens….The charity of well-disposed people, indeed, supplies him with the whole fund of his subsistence. But though this principle ultimately provides him with all the necessaries of life which he has occasion for, it neither does, nor can provide him with them as he has occasion for them.”

Again a dollar bill does not feed the beggar; the food it buys feeds the beggar. The dollar does not keep the beggar warm or dry it is the apartment rented with the dollar that does the job.  The apostles recognized the man was completely capable to provide the things he needed once he was able to get up and walk. The Alms (money) would never have gotten the beggar to his feet.

My concern with the charitable nation we live in today is there are far too many people getting alms and not enough people earning the alms (otherwise known as fishing). Not to say there isn’t a legitimate portion of the society in need of alms. There are those for one reason or another that are truly incapable of fishing. That number, it is far less than the numbers whom have stopped fishing, don’t like fishing, or were never taught to fish and expect they shouldn’t need to fish anyway.

The mindset of the church (denominations are of no importance as all are generally of equal mindset) is one that says “Look what Jesus did…”making mention the miracles, the blind man or the feeding of thousands with two fish and five loaves. Where they miss the point was the purpose of all His miracles. Peter got a firsthand lesson (and still denied Him) in the miracle of walking on the water. During Peter’s attempt, after getting permission from Christ, the seas billowed and the winds roared and Peter lost faith in self, more importantly he lost faith in Jesus, and subsequently began to sink in to the water. Peter was asking for alms and Jesus offered up Himself (complete sufficiency). Peter became then again, a beggar, as was the entire boatful of men, later while Jesus slept. I am guessing he thought the lot of them needed to get the point. They were begging for safety from the water when He was providing salvation from eternal death and damnation.

The mindset of government agencies follows the “what they think best” philosophy; problem is, there are way too many “thinkers”. The government today has grown too far and too wide and has excessive and overlapping entities. Each of these branches has different operating objectives and varying views to the solution. Because each has done an exhaustive study to achieve a solution in which they already had the answer, it becomes based on the political party holding office and the agenda of the left or right.

Social Security has the desire to assist seniors. They have determined any over 62 years of age can be a recipient despite their own means. People like Bill Gates and Warren Buffett, the wealthiest men in American, are entitled to the $1500 monthly benefit same as person who has never been employed! How does that solve anything? Also, should you hold off to age 70, you will not get anything at all? So, if you and your spouse own a business that is profitable and just past your 70th birthday, your spouse is killed in an explosion at the business you now have no opportunity to receive benefits. Furthermore, the average person can be completely serviced for far too long by the federal government and still be of able body and sound mind. Over 2 years of unemployment coverage, Medicare and Medicaid, along with indefinite periods of food stamps, heating assistance and free meals leaves little incentive to go fishing (work).

Then there is the mindset of you making the most difference in another human’s life. The assumption is the general public will look upon such beggars with sympathy and thus become charitable. Thinking of yourself you say, “I would never want to be in that person’s situation”. So, you decide to assist them in their plight; their quest for gain, by giving from your own supply. Many do this recognizing a fellow human is somehow or in some way suffering and feel the compulsion to ease a perceived pain. It is only natural to desire the improvement of another human life beyond their capa­bilities; this is the true definition of love. Humans were created in God’s own image, and according to the Holy Bible “God is Love”.  Where the problem lies for many who wish to do well for another is found in the selection process.  Where does one draw the line? Who is more worthy and how did I arrive at this choice? That question can only be answered by the individual.

The Corporate America mindset brings me pause on many occasions. In the articles from MSNBC and Money we hear about the biggest and brightest providing endowments well beyond my abilities. Millions or Billions of dollars pumped into foundations to aid people worldwide. These established corporate structures are framed within the confines of the word charity. Matching grants and desperate pleas from other well-to-do’s to make the brave step of leaving everything they have accumulated to this or that foundation. And despite the millions or in the case of Warren Buffett and Bill Gates the billions of dollars there are still beggars.  Is it just me, or is this a mind boggling scenario? Where has all the money gone? With a little investigation you will see the results of their efforts, you will also find the oppressive administration fees have evaporated many of the funds intended for the beggars. After all, this is why you sent the money; you watched Sally Struthers hugging orphaned children or some other celebrity petting abused puppies, right! How do they afford that one minute commercial during the super bowl anyway? You guessed it, a portion of your donation.

I set out on just such a quest with heavy heart and good will. My first experience was with a rough looking man in his early 50’s with silver at the temples. He was clad in several layers of clothing evident by the multiple holes. It was a crisp late October morning in the inner city of Indianapolis. The night before, the streets were laden with the sounds of laughter and singing as well as the instruments of local bands. The space between the revelers was nearly nonexistent. The wine and food was as varied as it was ample and everyone wore a smiling face.

This morning, maybe due to the time in relation to the previous night’s activities, the streets were nearly baron. “Dave” was sleeping on a concrete bench just a block from my hotel. I was on a mission to get coffee for the sleepy heads back in my room. When I introduce myself to Dave and asked if he would like breakfast? He said “you got $5 bucks?” to which I said “no” and that I had breakfast. I had stopped at McDonalds and instead of getting the 4 “snoozers” their coffees I picked out 2 specials and 2 coffees and asked Dave if he minded if we talked during our breakfast.

Dave shared he had been gainfully employed down­town at a notable firm. He was married with a child and a home in the suburbs. Everything he spoke of lead me to believe he was at one time very successful. He then told me his wife called one afternoon and told him to not come home as she wanted a divorce. Dave followed the directions completely. When he clocked out at work, that day, he clocked out of life as well. I thanked Dave for his time and he thanked me for his breakfast.

During a casual stroll with my wife celebrating our tenth wedding anniversary in Hawaii we encountered a beautiful city park. The picnic tables were littered with people and at first we took no note of their condition or activities. Upon further inspection we found them to be unkempt and listless. Again I bought sandwiches for my wife, myself and two of the people on a table. (I don’t advise everyone to do this. I am 6’2″ and 280 lbs and well trained in self-defense)

We asked to hear their stories to which only one was willing to share. Steven had been a married man living in the heart of New York City. Steven had an MBA in finance and had worked at a large brokerage firm on Wall Street. After a successful 4 year run Steven had come upon a company that was ready to go public and had done an extensive research into the industry. Steven proposed this company’s IPO to the firm and they agreed to move forward. Just 3 months into the IPO the new company hit a huge snag and subsequently filed for bankruptcy protection. The firm would lose millions of dollars and several high profile clients. Steven lost his job and just like Dave he clocked out of life and the job at the same time.

The previous stories are not intended to say that all street people are quitters or undeserving of charity.  It is pointing out that not all whom are wandering are lost. The men exampled above made a conscience decision to be exactly where they are and what they have become, the beggar Adam Smith spoke of in his book.

The Rubber meets the Road

In conclusion, I have a strong desire to be charitable and I always hope that I am capable when called upon. The most important thing to me is the discernment between those entities that can actually teach the beggar how to fish. Giving people a hand up instead of a handout has to be the answer for the future. Also to identify those entities abusing the donations through excessive administration fees, or not truly devoted to the service of mankind, and then distance myself from them completely. I also hope that all can learn to fish, then to teach the art of fishing, as there are many who are hungry. The woman at the well and the elderly woman with just the 2 coins, both from the Bible gave what they had, when they had next to nothing to offer; I should expect the same out of myself.