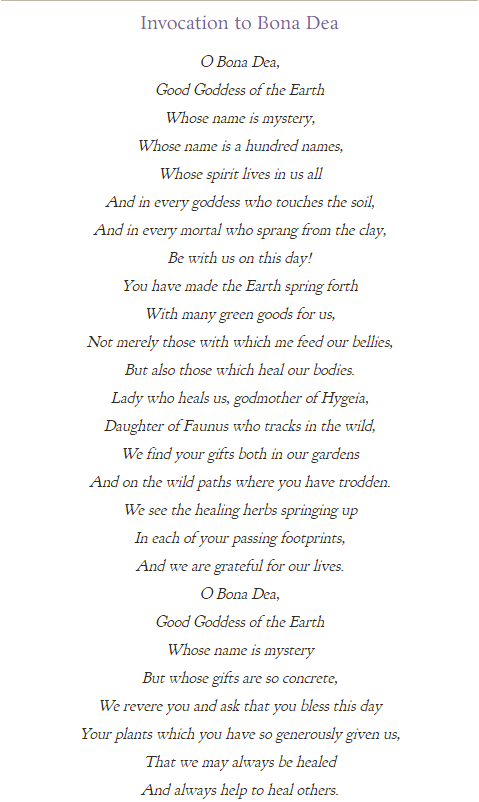 As I sit and debate within, the compelling urge to act based on years of tradition; should I concede to the peer-pressure and parade my wife about town? After all, she is the mother of my child.

Having grown up without my biological father, while simultaneously living (for a brief time) with an alcoholic and mentally abusive step-father, I developed an affinity towards my participation in the Mothers Day holiday. I thought my mother to be a fighter and survivor and she should be revered. The Bible even says….

“Honor* thy father and thy mother: that thy days may be long upon the land which the Lord thy God giveth thee.”

When dealing with the Hebrew language (every language) there are many layers to meanings. This word can mean: abounding with, be chargeable, prevail, promote (to honour).

This is where we have to insert ourselves into the midst of the writer and why he would have chosen the word ‘kabad’. In Exodus it is God narrating to Moses. What God is saying here applies in both the biological world as well as the spiritual world. The children of the Exodus were structured the same as the day of Jesus. Each male child would attend Torah school and would then be assessed for their ability in Torah. If the child missed the mark to move forward he would then attend to the family trade.

Whether training for the priesthood or for trades, the young man would want to prevail in his teachings; promote the family name, or reputation; and finally to abound or share in the success of the business AND to be chargeable in their failures. The honor of the family name was held in highest regard. Sounds a lot like…

20:1-7 “And God spake all these words, saying, I am the Lord thy God, which have brought thee out of the land of Egypt, out of the house of bondage. Thou shalt have no other gods before me. (HONOR) Thou shalt not make unto thee any graven image, or any likeness of any thing that is in heaven above, or that is in the earth beneath, or that is in the water under the earth. Thou shalt not bow down thyself to them, nor serve them: for I the Lord thy God am a jealous God, visiting the iniquity of the fathers upon the children unto the third and fourth generation of them that hate me; And shewing mercy unto thousands of them that love me, and keep my commandments. Thou shalt not take the name (HONOR) of the Lord thy God in vain;(worthlessness) for the Lord will not hold him guiltless that taketh his name in vain.”

So…. it is clear…. honoring is protecting the family’s reputation, yes?

Ecclesiastes 7:1 “A good name is better than precious ointment..”

Proverbs 22:1 “A good name is rather to be chosen than great riches, and loving favour rather than silver and gold.”

What on Earth are you doing??

I can hear YHVH asking this question…. constantly! What exactly are we doing? Jesus says it best in Luke 23:34 “Then said Jesus, Father, forgive them; for they know not what they do.”

Is it Scriptural to carve out a day and “honor” a mother, or a saint, or anything human? Probably not, especially if it hints of “worship”. {Ex:20:1-7} So how did we end up with this tradition?

“Bona Dea (Latin: [ˈbɔna ˈdɛ.a]; ‘Good Goddess’) was a goddess in ancient Roman religion. She was associated with chastity and fertility in Roman women, healing, and the protection of the state and people of Rome. According to Roman literary sources, she was brought from Magna Graecia at some time during the early or middle Republic, and was given her own state cult on the Aventine Hill.” ~”The Archaeological Journal”. Longman, Brown, Green, and Longman. February 14, 1901. p. 136.

“The known features of Bona Dea’s cults recall those of various earth and fertility goddesses of the Graeco-Roman world, especially the Thesmophoria festival to Demeter. They included nocturnal rites conducted by predominantly or exclusively female initiates and female priestesses, music, dance and wine, and sacrifice of a sow.

The festival was dedicated to Demeter and her daughter Persephone and was celebrated in order to promote fertility, both human and agricultural. It was celebrated only by women, and men were forbidden to see or hear about the rites. It is not certain whether all free women celebrated the Thesmophoria, or whether this was restricted to aristocratic women; whichever was the case, non-citizen and unmarried women appear not to have celebrated the festival.” ~ Pritchard, David M. (October 2014). “THE POSITION OF ATTIC WOMEN IN DEMOCRATIC ATHENS”. Greece and Rome.

This Pagan festival has transcended the barriers of time and geography as we see the “Native Americans” speak of this festival. “The Bona Dea had a festival on the first of May that commemorated the date her Aventine temple was founded.  Its date connects her to Maia; its location connects her to Rome’s plebeian commoner class.  At the ceremony, prayers were made to Her to avert earthquakes. She also had a secret festival, attended only by women, that took place over the night of the 3rd and 4th of May. The rites are inferred as some form of mystery, concealed from the public gaze and, according to most later Roman literary sources, entirely forbidden to men.” ~ shirleytwofeathers.com

According to Walter Burkert, this practice was “the clearest example in Greek religion of agrarian magic”. Additionally, Angeliki Tzanetou says that ritual obscenity (Ancient Greek: αἰσχρολογία) was a feature of the second day of the festival.” Is this what YHVH wants of his people? OR… have we inherited the lies of the previous generation?

NO! God does not want this, and YES! we are living in a lie! We do not know what we are doing. We have been told the lies repeatedly. We all know, or should know, just because they lie is repeated does not make it truth…. EVER! God warns us against this practice over and over.

Deuteronomy 18:9 “When thou art come into the land which the Lord thy God giveth thee, thou shalt not learn to do after the abominations of those nations.

Deuteronomy 31:20 “For when I shall have brought them into the land which I sware unto their fathers, that floweth with milk and honey; and they shall have eaten and filled themselves, and waxen fat; then will they turn unto other gods, and serve them, and provoke me, and break my covenant.“

Mark 7:8 “For laying aside the commandment of God, ye hold the tradition of men, as the washing of pots and cups: and many other such like things ye do.”

Colossians 2:8 “Beware lest any man spoil you through philosophy and vain deceit, after the tradition of men, after the rudiments of the world, and not after Christ.

What I am NOT implying is ‘if you called your mom today you’re an animal”. What I am saying…. we need to know what happened in our past, as we are destined to, and are currently engaged in repeating it. Satan, yet again, has beguiled all of mankind.

Living a life beyond reproach, lifting up others, sacrifice….. the fruits of the spirit…. this is what brings honor and glory to the family name. Both in the biological as well as the spiritual. “Let us hear the conclusion of the whole matter: Fear God, and keep his commandments: for this is the whole duty of man.” Ecc 12:13.

We can see from the poem this celebration is nothing more than “mother” earth or Gaia worship.

Romans 1:17-32 “For therein is the righteousness of God revealed from faith to faith: as it is written, The just shall live by faith. For the wrath of God is revealed from heaven against all ungodliness and unrighteousness of men, who hold the truth in unrighteousness; Because that which may be known of God is manifest in them; for God hath shewed it unto them. For the invisible things of him from the creation of the world are clearly seen, being understood by the things that are made, even his eternal power and Godhead; so that they are without excuse:

Because that, when they knew God, they glorified him not as God, neither were thankful; but became vain in their imaginations, and their foolish heart was darkened. Professing themselves to be wise, they became fools,

And changed the glory of the uncorruptible God into an image made like to corruptible man, and to birds, and fourfooted beasts, and creeping things.

Wherefore God also gave them up to uncleanness through the lusts of their own hearts, to dishonour their own bodies between themselves: Who changed the truth of God into a lie, and worshipped and served the creature more than the Creator, who is blessed for ever. Amen. For this cause God gave them up unto vile affections: for even their women did change the natural use into that which is against nature: And likewise also the men, leaving the natural use of the woman, burned in their lust one toward another; men with men working that which is unseemly, and receiving in themselves that recompence of their error which was meet.

And even as they did not like to retain God in their knowledge, God gave them over to a reprobate mind, to do those things which are not convenient; Being filled with all unrighteousness, fornication, wickedness, covetousness, maliciousness; full of envy, murder, debate, deceit, malignity; whisperers, Backbiters, haters of God, despiteful, proud, boasters, inventors of evil things, disobedient to parents, Without understanding, covenant breakers, without natural affection, implacable, unmerciful: Who knowing the judgment of God, that they which commit such things are worthy of death, not only do the same, but have pleasure in them that do them.”

Ephesians chapter five starting in verse twenty-one, Paul describes the biological and the spiritual connection of honoring or “lifting up” of the woman and her role. It is…

MY SUBMISSION TO YHVH

that paves the way to honoring my wife, the mother of my child, as well as my own mother. How else could I honor my own mother? My family names is in good standing when “me and my household shall serve the LORD.”

I am here to prevail….

1 Corinthians 9:24 “Know ye not that they which run in a race run all, but one receiveth the prize? So run, that ye may obtain.”

I am here to promote….

Mark 16:15 “And he said unto them, Go ye into all the world, and preach the gospel to every creature.”

I am here to abound….

1 Corinthians 3:7 “So then neither is he that planteth any thing, neither he that watereth; but God that giveth the increase.”

I am here to be chargeable….

1 Peter 4:17 “For the time is come that judgment must begin at the house of God: and if it first begin at us, what shall the end be of them that obey not the gospel of God?”

This should bring the most honor to all involved. This should reveal to her and all the world the effort she put into my relationship, not only with her, but with the true source of life…. Jesus.