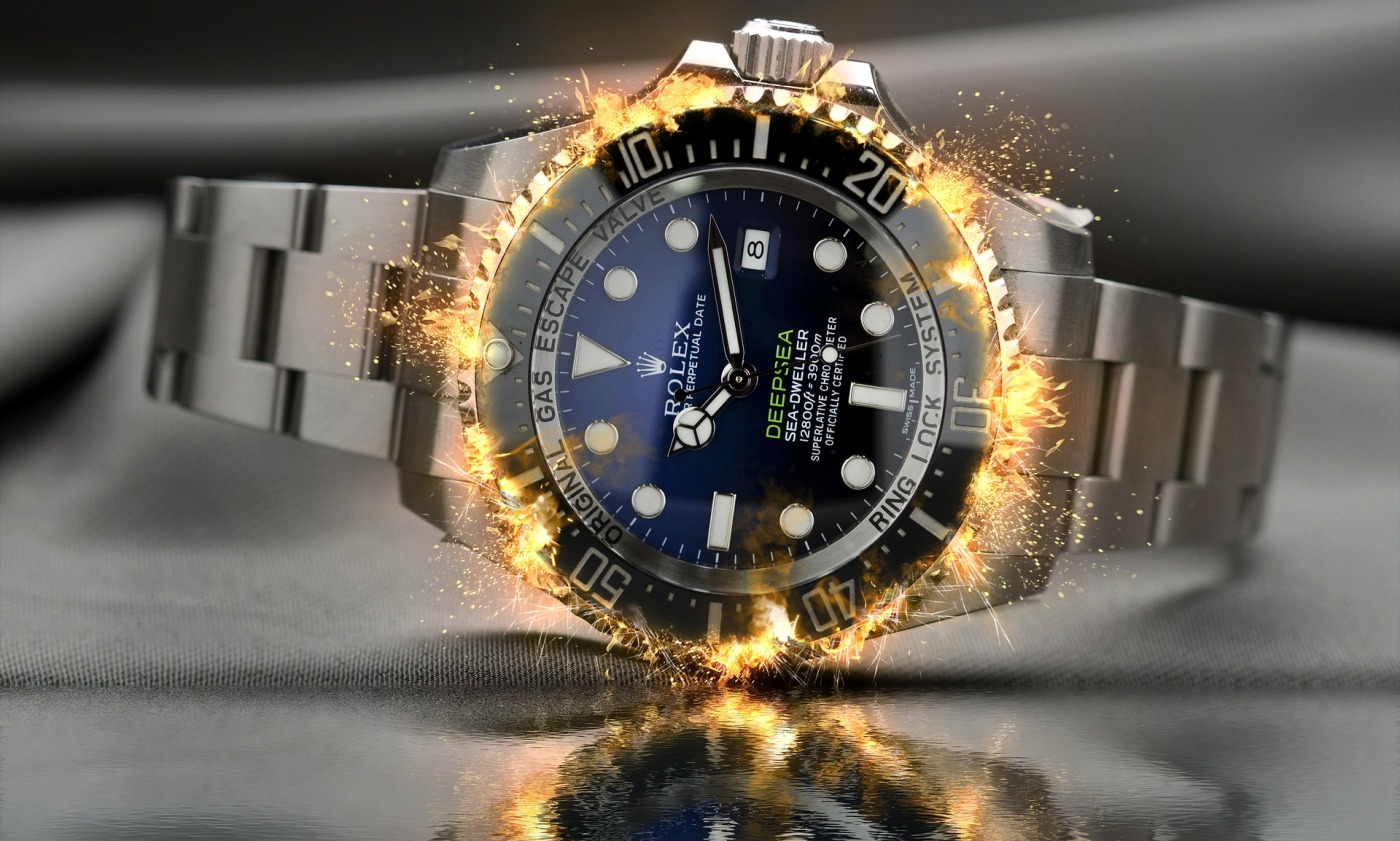 The Bible uses the word ‘overcome’ thirty times! Why? Because life here is going to be rough!

The Adversary’s goal is to make it the most difficult for you to see YHVH’s truth by providing you with more and more. More and more lies that is! Eve saw that the fruit was {in her perception} good to eat, according to Genesis, and “therefor did she eat”. She accepted a counterfeit as the real thing and it cost her.

Ever done that? Buy a knock off? Did it work out to the same degree as the real thing would have?

About 25 years ago I noticed that a friend of mine was wearing a Rolex watch. Never really being a “designer” watch person I ask if there was anything else about a Rolex that made it worth all the money. This man, about the same age as my dad or uncle, explained that he had bought his watch about 20 years ago and wore it every single day. The actions of everyday living didn’t deter his joy of wearing the Rolex. This man snaked toilets, built houses, did his yard work, honestly, he did everything with the confidence that the watch would withstand the wear and tear.

I was actually stunned by the answer. I figured after someone had spent that amount of money, on something in the jewelry category, they would want to shelter that from the grueling work and daily life chores. I then ask him “if you don’t mind me askin ya Clark, what’d that thing set you back?” [Who doesn’t need a little ‘Vacation’ movie reference?]

This brings me to a second friend. This guy wanted to impress. It worked. I noticed the gaudy golden boat anchor immediately upon his wrist and asked “is that a Rolex?”

“You bet! What do you think?” I related to him the story of the first guy and told him I too was considering the purchase. A week or so later I traded a very fashionable watch for $600 to a jeweler as a down payment on an entry level Rolex. $3500 later, I am the proud [envious, boastful and arrogant followed] owner of a Rolex. I do not wear a watch on a daily basis, so, this one will be the ‘dressing up’ piece for me and should last me forever.

Fast forward 10 years, I begin to notice my second friend without his glorious boat anchor. I ask him, “friend, what happened to your “Rolly”?” He says a diamond from the bezel came loose and that it is at the jeweler being fixed. Now then, I am not going to come right out and call him a fibber, yet, the statistical probability of that happening is even less than getting hit by lightning. The whole point of the Rolex is its reliability and durability as per my first friend.

A few months later the truth comes out, the second friend, he had bought a replica. This replica was nearly two grand and not the twenty five the real watch would have cost. Now here he stands out the money he could have saved, and then, work a little harder towards the real one. Had he been disciplined, and aware of the market, he would have noticed these watches hold their market value well when properly handled.

Buying in at the entry level and then trading up when financial means become available is a productive way to get the watch you want. He could not see this truth because he was blinded by the lie. For him it was ‘I can be the image – without the sacrifice’.

Is that what the Bible teaches? Is that the example that Christ displayed? Like, “Eve doesn’t it look like something wonderful” and yet …..have we considered the cost? Will we too be ‘without’ at some point in the future?

Revelation 3:17-18 “Because thou sayest, I am rich, and increased with goods, and have need of nothing; and knowest not that thou art wretched, and miserable, and poor, and blind, and naked: I counsel thee to buy [invest in] of me gold [truth] tried in the fire,[from the throne] that thou mayest be rich; and white raiment, that thou mayest be clothed, and that the shame of thy nakedness do not appear; and anoint thine eyes with eyesalve, that thou mayest see.”

Who is in white? Those that have their spiritual “eyes” opened to the truth. We have heard the cliché, so much so, people actually attribute this to the Bible, “the eyes are the windows to the soul”. God tell us to lay up these my words in our heart and in our soul, and that they may be guides for our eyes.

There will be a time when we will have to fully rely on the power of YHVH as we will not be able to save ourselves, both in the physical as well as the spiritual. The End of Days will reflect the typology of Egypt, in that, the creation will be at the command of the Creator. The things that humanity has worshipped, against Gods command, will be brought down.

Zechariah 14:2-3 “For I will gather all nations against Jerusalem to battle; and the city shall be taken, and the houses rifled, and the women ravished; and half of the city shall go forth into captivity, and the residue of the people shall not be cut off from the city. Then shall the Lord go forth, and fight against those nations, as when he fought in the day of battle.”

Joel 3:2 “I will also gather all nations, and will bring them down into the valley of Jehoshaphat,[decision] and will plead with them there for my people and for my heritage Israel, whom they have scattered among the nations, and parted my land.”

God calls us, his people, the Ammim, His most treasured possession. How are we responding to his calling?