I caught the headlines and briefly thought on the story of Hawk Nelson.

Then, nothing, shocking I know. Here is the story if you are not familiar.

If Jon Steingard finds this post, I pray he does not take this personally. There were many more before him (Whitney Houston comes to mind) and will be many after. Its not about him, or them, specifically. This is about the church incorporated.

Hawk’s disconnect with the church comes because they could not answer some basic questions about the faith. They didn’t even offer up the “canned” answer – “because”. Remember that as a kid?

Dad can I go to Billy’s house?

Because I said so!

Hosea 4:6 starts of telling us “My people are destroyed for lack of knowledge..” so why didn’t the church answer his question? Some of you are asking “what question”!?
Hawk asked “Why is there evil in the world?” Seems legit and rather simplistic to me, and yet, so many stand perplexed.
Isaiah 45:7 “I form the light, and create darkness: I make peace, and create evil: I the Lord do all these things.”
God created EVERYTHING ….in the beginning. Genesis 2:17 “but of the tree of the knowledge of good and evil you shall not eat, for in the day that you eat of it you shall surely die.”

God created people who, by their own choice, would love Him and those who would hate Him. Some seek the Tree of Life and others the Tree of Knowledge of Good and Evil. God wants willing participants in life and in the final Kingdom. No wishy washy stuff with God.
Herein lies the problem with the corporate church….. ITS  A BUSINESS! It is NOT fulfilling its commission to “make disciples”. Hosea 4:6 continues with the following….
Dispensationalism has separated men from the truth of God and His Word. Jesus says himself, and of himself…. 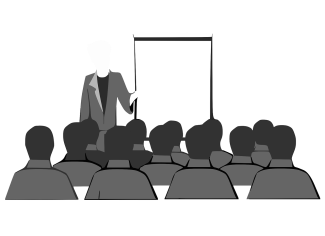 What does discipleship really mean? Lets look at both the Tanakh/Old Testament and the Apostolic writings/New Testament.

Matthew 26:17 “Now the first day of the feast of unleavened bread the disciples [1] came to Jesus, saying unto him, Where wilt thou that we prepare for thee to eat the Passover [2]?”

For those in the ‘WWJD’ crowd….. Jesus followed Torah.

The point to consider:
if there were not evil people in the world
there would be no need for a Savior.

Mr. Steingard’s next issue is “God says not to kill then He instructs the children of Israel to kill all the people in order to gain the Promised Land. Why?” citing this is a conflict.

Exodus 20:13 “Thou shalt not kill.” Seems pretty straight forward. The proper use of the word “kill” or H7523 רָצחַ ratsach (raw-tsach’) means ‘to murder’.  Murder is the unlawful premeditated killing of one human being by another. Still on board with Steingard? If so, I get it. However…. wait that’s a big however….

What the corporate church fails to teach…. Genesis 6 and the truth of the Nephelim and the Gibborim. These are the evil, soul-less offspring of the rebellious angels.

Genesis 6:4-5 “There were giants in the earth in those days; and also after that, when the sons of God came in unto the daughters of men, and they bare children to them, the same became mighty men which were of old, men of renown. And God saw that the wickedness of man was great in the earth, and that every imagination of the thoughts of his heart was only evil continually.”

Isn’t it strange that people have no problem with David and Goliath but never question where that story originates? Goliath was a Philistine and a direct descendant of the fallen angelic beings of Genesis 6.

There are far too many direct references in Scripture and in historical documents to ignore that these entities existed.

Numbers 13:33 “And there we saw the giants, the sons of Anak, which come of the giants: and we were in our own sight as grasshoppers, and so we were in their sight.”

Deuteronomy 3:11 “For only Og king of Bashan remained of the remnant of giants; behold his bedstead was a bedstead of iron; is it not in Rabbath of the children of Ammon? nine cubits was the length thereof, and four cubits the breadth of it, after the cubit of a man.” … A cubit is 18-21″ in length.
All of the governmental, societal and leadership traits of people like Adolph Hitler, Joseph Stalin, Attila the Hun and many others can be directly linked to these pre-flood and unnaturally cross-bred monsters. This is why God wanted them wiped off the earth, they were never supposed to exist.
The dispensationalist teaches the ‘sons of God’ are a rebellious line of Cain and thereby simply humans with an attitude. If that were the case God would have never insisted on them being eliminated as he would have sought to redeem them with grace and forgiveness. God knew these entities and the root of their rebellion.

God used people to accomplish the task. In times past he had used plagues, flood, whirlwinds and a myriad of natural disasters to eliminate the wicked. There are warnings of the same for the future.

While on the topic of death and killing. Mr. Steingard asks “why was it even necessary for Jesus to die?” To which I stand in utter confusion to his questioning. This is a man that has been raised his whole life to know what is sacrificial substitutionary atonement. Or maybe not? Or what a covenant is…. maybe not.

“And, behold, a certain lawyer stood up, and tempted him, saying, Master, what shall I do to inherit eternal life? He said unto him, What is written in the law? [Torah] how readest thou?”

The unsuspecting answer, given before the death of Christ and before He teaches these same words, Jesus confirms the words given by the inquisitor. The lawyer quotes Deuteronomy 6.

The very terrifying issue for the corporate church is the responsibility they bare in their desire to control their religious empires. Four times in Ezekiel alone we see the priests mingling the pagan actions of the neighboring civilizations and Gods warnings.

It is also worth noting that the general congregant is to blame here. So Mr. Steingard, it is up to you to get these answers when other humans fail to have one ready. Which is also addressed….

For me personally, I pray for all leaders religious and civilian, all of humanity really,
that they may discover the One ….. the King of Righteousness …. and follow his lead….. and soon!