This year (2020) has been a decade! …. it feels like forrrrrrrrever since anything rational has happened around me and its only the first week of May!

I know I am not alone in this feeling. BUT …….. I have good news! I have been passed over!

I suppose this story gets it start well before the calendar flipped to 2020. Beginning in 1995 my wife and I started a small business employing as many as 65 people in 2005. In 2008 we could see the writing on the wall, ‘technology’ would replace a significant portion of our business. Instead of re-hiring for positions that opened up we took on the workload ourselves as a way of managing losses. By 2013 it was just the wife and I running the business on a daily basis.

Meanwhile in 2013 I began the pursuit of obtaining employment while I “figured out” what I was going to do next. I really enjoyed the personal freedom associated with being self employed, yet, I didn’t have a plan at the time on how to recreate that environment. I focused my search on companies large enough to need management and foundations in products or services that would not be outsourced to other countries.

My situation is difficult for many employers to ‘wrap their minds around’ because I do not possess a degree from university. As such, they shy away from hiring directly into the management role. OK. So I begin at the bottom. For those who have seen the musical “How to succeed in business without really trying” …..just know that doesn’t really apply to the real world. Eventually fake people get caught.

First stop, a large shipping company. Unloading shipping containers at break-neck speeds. These packages could be 2 ounce cell phone batteries or 75 pound bags of mail and everything in between. This is a great paying job for the strong of back and the weak of mind. Pure grunt work, not the ideal work for this nearly 50 year old man. The idea was to see how the management treated the employees and how closely they followed their own logic and rules.

The take away of 10 months working there…. warm bodies. The company motto should have been: “We make the best use of warm bodies.” Zero foresight, zero planning, just humping boxes. Game over.

Second stop….. big box supply chain. Where again we found the warm body strategy in full force. The funny thing was to find the same semi-euphoric simpletons working fervently with a different employer. Here I tested the waters with excessive performance. The ‘pick rate’ was just over 400 pieces a day. My pick rate average for my entire 9 months of employment was 635 a day. This did include a six week span where my rate was over 900 a day.

The expectation of any human exceeding the standard by more than double simply does not exist. Usually we hear “give it your all” or “go the extra mile” or even the ole’ “110%”. The natural reaction to doubling the standard, is that, you would expect some sort of recognition or remuneration. NOPE! ….just a bigger paycheck for the owner.

Third stop, an international auto parts supplier. Entry level here was driving a delivery truck that required a DOT license. The upside was an hourly rate better than the last and a promise of 55-60 hrs a week. Wont buy a Lamborghini just yet but it paid the bills. Again the warm bodies and 60-80% turnover. I call into question humanity and their laziness!

It was this third job that lead me to the employer I have today. Starting out at a branch, over an hour commute from home, I embark in a role in parts management for a collision company. After 6 months I could tell this company had to avoid the warm body mentality. Specialized education for the technicians a requirement. Leadership has to be more than familiar with the process, insurance and government regulation. No slouching.

At this same juncture the company had an opening just 20 minutes commute and without hesitation they approved my transfer noting the betterment of my personal life eliminating more than half of my commute time. Absolutely refreshing for my employer to share in my personal convenience in lowering my commute!

Now one full year into the parts management role the leader of our facility suggests I make the move to an Estimators role. An increase in responsibility, pay and opportunity as this is a stepping stone to management. This discussion takes place in October of 2019 with plans of taking part in a 5 week training course, in Texas, in January.

So, we wrap up 2019 with plans in place and new goals for what seems like the twilight of my working years …age 52 to retirement. 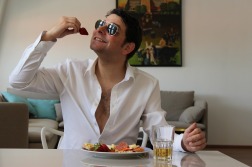 Entering the workplace that first week of 2020 was ‘mission first’ mentality all the way. I had to assist in getting my replacement hired and trained before leaving for training in the middle of the month. I put feelers out to several of my former co-workers asking if they too saw the warm body, lack-luster leadership which garnered five quality candidates.

It was Thursday of that first week of January I would find out that the training class was going through some transition and that the class was completely full, delaying me for another month. Not a dream killer, but not what I wanted. Wires got crossed in the hiring process for my replacement and it delayed their arrival allowing only 1 week for training them prior to my leaving. Chaos and working under pressure are an everyday thing for some, not usually me, but we made it work.

Three days before departure I get word the airline reservation was not confirmed and I did not have a ticket. The plans previously included the option of a rental car which was declined, by me, because there would be others there I could carpool. G-whiz what else could happen.

After a bit of wrangling on the phone we discover another student living an hour south of me was going to drive the entire 17 hours to Texas all I had to do was ride along. There I am, seventeen hours, with a 22 year old-video gaming millennial! Nonetheless, I am headed to classes!

My first week in Texas, I get sick. Coughing, sneezing, sore throat, I have it all! My room mate gets it, the guy I rode to Texas with gets it, all 10 people in the class get it! What a way to kick this off. The entire month in Texas, for me, is spent in a pseudo-self isolation in the hotel. I didn’t have transportation and I was 1200 miles for anyone I knew so I studied and walked where-ever I wanted to go.

Completing the class with high marks and confidence in my new skill set I could not wait to get home and get at it. I had been hearing of all the Corona / China chaos but it had not become “global” until just a few days before coming home. By the time I get back home the hoarding had already began. Honestly, I felt like I had come home to a teenager throwing a raging party…. “why are you idiots hoarding toilet paper?”

The next two weeks were spent sidelined at the job, mostly reading insurance guidelines and watching training videos. I didn’t have my computer/ data base credentials for the new position yet and behind the scenes, unknown to me at the time, the company was getting information about the impending lock downs.

My wife does complete her cancer treatments, at this time, with the last one under the Covid-19 bans on guests accompaniment. The nurses had to sneak me into the room to ring the victory bell signifying the end of treatments.

On a Friday afternoon the boss comes to me with the following: “the branch 20 minutes away had to fire their parts person, can you take the spot long enough for them to hire a replacement? you will train them and then return to this store in the new role.” You bet! It was something to do other than sit and watch paint dry! Business had already slowed significantly and I was actually bored to death.

On Tuesday of the very next week the company sent out an email announcing the suspension of all  new hires. (that noise you just heard was my heart sinking) Feeling like I was now “stuck” at this other branch, I went home to tell my wife what had happened and how upset I was over the events. What made it far worse…. my suspicion that this whole thing was a hoax, or at the very least, very overplayed.

Thursday, just 48 hours later, the company cut staffing in various areas. They determined there were essential roles and crucial roles and that the parts position was a crucial role and anyone still there would be secured a position. I was safe from furlough. The company further encouraged us by affirming this was their only planned move during this time and our health insurance and 40 hours of pay would continue.

My wife works for an international company and she too was deemed crucial with all pay and benefits secured. Now think about this….

Matthew 6:26 “Behold the fowls of the air: for they sow not, neither do they reap, nor gather into barns; yet your heavenly Father feedeth them. Are ye not much better than they?”

Here is where my mind is blown…..

I have no way yet of knowing whether or not I contracted the Corona-virus during my stay in Texas. Symptoms and experience suggest it as I do not get sick very often. My food selections are generally vegan with limited red meats and lots of vitamins. It is a rare thing, meaning, if I did get it, then I had 3 weeks of recovery time no longer being a carrier thus shielding my wife from the disease.

To me….. there is undeniable evidence that God has had His hands all over my life for quite some time. That my mustard seed faith has been seen and heard by the Father and true to His word He has made a way.

1 Corinthians 10:13 “There hath no temptation (difficulty, trial) taken you but such as is common to man: but God is faithful, who will not suffer you to be tempted above that ye are able; but will with the temptation also make a way to escape (endure), that ye may be able to bear it.”
Like the Egyptian plagues, the people of God will endure some of the end-time events right along with the rest of the world. Like the Israelites there will be a supernatural and nearly unexplained protection for those people. The blood on the doorpost is symbolic of our need for YHVH’s protection and sustenance then, and today.
When it came to the temptation/difficulty…. I was fully engulfed.
When it came time for the promotion …. I was passed over.

When it came to getting furloughed …. I was passed over!

When it came to losing my insurance…..  I was passed over!

When it came to insecurity for my family …. I was passed over!