Yeshua becomes our High Priest by fulfilling the Torah or Mosaic Law.

Matthew 5:18 “For verily I say unto you, Till heaven and earth pass, one jot or one tittle shall in no wise pass from the law, till all be fulfilled.”
So how does Yeshua become our High Priest? There must a witness and an oath.

Hebrews 7:20 “And inasmuch as not without an oath, he was made priest:”

If someone is put under oath to bear witness to an account they must do so, or they sin for not doing so.

Leviticus 5:1 “When someone sins in any of these ways: If he has seen, heard, or known about something he has witnessed, and did not respond to a public call to testify, he is responsible for his sin.”

Matthew 26:63-65 “But Jesus kept silent. Then the high priest said to Him, “By the living God I place You under oath: tell us if You are the Messiah, the Son of God!”

“You have said it,” Jesus told him. “But I tell you, in the future you will see the Son of Man seated at the right hand of the Power and coming on the clouds of heaven.”

Then the high priest tore his robes and said, “He has blasphemed!Why do we still need witnesses? Look, now you’ve heard the blasphemy!

It is important to notice the actions of the High Priest tearing at his clothing, this was very symbolic to all in attendance. First of all, the robe was to be made in such a way that it could not be torn.

Exodus 28:31-32  “You are to make the robe of the ephod entirely of blue yarn. There should be an opening at its top in the center of it. Around the opening, there should be a woven collar with an opening like that of body armor so that it does not tear.”

Secondly, the tearing of the clothes signified a disgrace to the holiness of the position of the Priests, and it came with grave consequences.

Leviticus 10:6a “Then Moses said to Aaron and his sons Eleazar and Ithamar, “Do not let your hair hang loose and do not tear your garments, or else you will die, and the Lord will become angry with the whole community.”

In the inappropriate action of Caiaphas tearing his clothing he has announced his abdication of his position as High Priest.

What about Yeshua’s clothing? They fulfill the requirements of the priest.

John 19:23-24 “When the soldiers crucified Jesus, they took His clothes and divided them into four parts, a part for each soldier. They also took the tunic, which was seamless, woven in one piece from the top. So they said to one another, “Let’s not tear it, but cast lots for it, to see who gets it.” They did this to fulfill the Scripture that says: They divided My clothes among themselves, and they cast lots for My clothing. And this is what the soldiers did.”

There is now an open door to the position, which Yeshua immediately fills. Only one of the Levitical Priests could baptise another into the priesthood. We can see this in the baptism of Yeshua.

Luke 1:5 “In the days of King Herod of Judea, there was a priest of Abijah’s division named Zechariah. His wife was from the daughters of Aaron, and her name was Elizabeth.”

Moving on to verse 8 we read .. “When his division was on duty and he was serving as priest before God”

So Zechariah was a Levitical Priest thus making his son(s) eligible for the priesthood too. Zechariah is John the Baptists father. When Yeshua began his ministry he went to John for his baptism so this transfer of position could take place.

Matthew 3:14-15 But John tried to stop Him, saying, “I need to be baptized by You, and yet You come to me?” Jesus answered him, “Allow it for now, because this is the way for us to fulfill all righteousness.” Then he allowed Him to be baptized.

Yeshua is consecrated here and now requires anointing according to Torah. Exodus 30:30 “Anoint Aaron and his sons and consecrate them to serve Me as priests.”

The term Messiah means literally “The Anointed One”, Yeshua becomes our anointed priest just hours before the exchange with Caiaphas.

Matthew 26:6-7 “While Jesus was in Bethany at the house of Simon, a man who had a serious skin disease, a woman approached Him with an alabaster jar of very expensive fragrant oil. She poured it on His head as He was reclining at the table.”

Yeshua becomes the living Red Heifer Sacrifice to atone for the sins of all mankind and becomes our great High Priest in the process according to the law.

Numbers 19:1-2 “And the Lord spake unto Moses and unto Aaron, saying,  This is the ordinance of the law which the Lord hath commanded, saying, Speak unto the children of Israel, that they bring thee a red heifer without spot, wherein is no blemish, and upon which never came yoke:”

The Red Heifer isn’t so much “holy” as it is simply kadosh, set apart; but it is set apart not for service to God (like in a standard Temple sacrifice) but rather for destruction. But this destruction will be used by God to make His people clean again. This is the same for Yeshua, he was set apart for destruction to make mankind clean.

Numbers 19:6 “And the priest shall take cedar wood, and hyssop, and scarlet, and cast it into the midst of the burning of the heifer.

All of these were present at the crucifixion of Yeshua, the cedar wood is represented by the cross, the scarlet material was his bloody clothes, and the hyssop was a post used to give Yeshua the sponge of vinegar.

Numbers 19:9 “And a man that is clean shall gather up the ashes of the heifer, and lay them up without the camp in a clean place, and it shall be kept for the congregation of the children of Israel for a water of separation: it is a purification for sin. 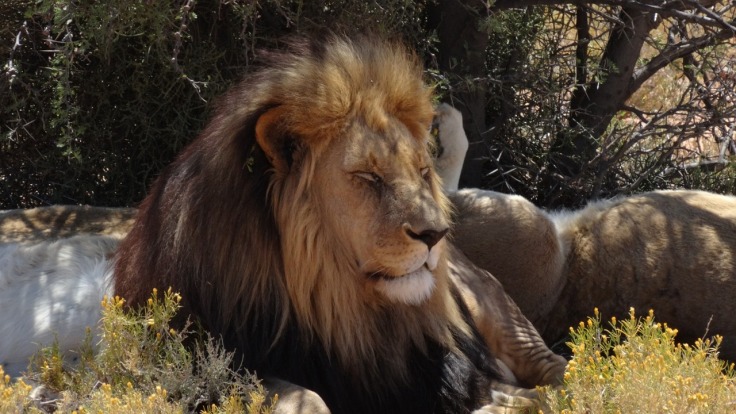 4 thoughts on “The Making of a Priest”