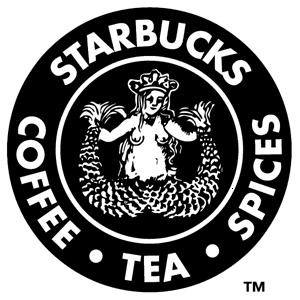 How to be offended properly by Starbucks as the cups aren’t the real issue.

If you honestly ask yourself “what is the key that makes the coffee better than any other coffee?” you would be hard pressed to be exacting as to the specific step of the process as your answer.

The majority of people would inevitably babble some programmed response from the marketing or ads that are placed. There would be those that watched a movie or TV show and caught one of the characters drinking from the famed cup.

Bryant Simon, author of “Everything but the Coffee: Learning About America From Starbucks”, relates of how Madison Avenue interns used to splurge on a Starbucks latte, drink it and then carry the empty cup around for the remainder of the week. “They wanted people to see them with the cup,” he said. “Through the intervention of users, Starbucks was able to make that cup shorthand for someone who was discerning, sophisticated and had enough money to waste on coffee.”

Is there any ingredient that can justify changing a $.07 product into a $7.00 in the blink of an eye?

I am a capitalist at heart and will applaud a person in their effort to work hard and provide for their family. However, in this endeavor, is there more going on than making a living or a cup of coffee? There surely seems to be.

In 1971, Starbucks (then a mere fledging coffee shop on the Seattle waterfront) was looking for a logo, something that would embody the seafaring history of its home city. The three founders hired a consultant named Terry Heckler. According to CEO Howard Schultz, Heckler “pored over old marine books until he came up with a logo based on an old 16th-century Norse woodcut: a two-tailed mermaid.” According to adweek.com.

They continue, “The mermaid was exotic. She was also topless.” At first, and despite some complaints, Starbucks just rolled with it. As Schultz later explained, “Bare breasted and Rubenesque, [the mermaid] was supposed to be as seductive as the coffee itself.”

The female image on the logo is actually a “Siren”. What is a siren? She is a type of mythical creature, much like a mermaid, but only she has two tails. She is a temptress who is extremely sensual and lures men to their deaths.

It is very crude to say, but the tail is “split” or “spread open” as to welcome men to her sexually. After many complaints about the original logo, Starbucks edited it. However, the new logo is still a siren and it still represents the same sensuality and loose morals of a siren. (revealingtruthtoday.com)

Not convinced? That’s fine you can also go directly to the company website and they confirm it. http://www.starbucks.com/blog/so-who-is-the-siren

“Over the last 40 years we’ve made some changes to that identity. Now we’re doing that again, to keep ourselves relevant as we evolve without ever losing sight of our heritage. But the Siren has always been there. She is at the heart of Starbucks.”

Anyone in the “Christian community” who wants to get all bent out of shape over the removal of the “Christmas” content on the cups are wholly mislead in the exacting content that should have them offended. The intent of the logo alone is to lure you into a purchase to define pride, ego, as well as your worth or status above other people. That really flies in the face of Jesus Christ and his call for us to be humble, servants, content and selfless.

Again from Starbucks own website, “In a lot of ways, she’s a muse –always there, inspiring us and pushing us ahead. And she’s a promise too, inviting all of us to find what we’re looking for, even if it’s something we haven’t even imagined yet.”

Now you have to ask yourself what exactly is a muse? Webster’s dictionary
1. (in Greek and Roman mythology) each of nine goddesses, the daughters of Zeus and Mnemosyne, who preside over the arts and sciences.

Steve M., senior writer for Starbucks says “She means something different to everyone who sees her, who knows her. For me she’s kind of the final say on the spirit of everything I write and everything we do. Even as I’m writing this, I wonder what she thinks.”

Steve and the whole of Starbucks has given power and authority to a goddess to operate their coffee business. This stands in direct opposition to YHWH and his first two commandments: “You shall have no other gods before Me.”, ““You shall not make for yourself a carved image, or any likeness of anything that is in heaven above, or that is in the earth beneath, or that is in the water under the earth. You shall not bow down to them or serve them, for I, the Lord your God, am a jealous God”

There are a million ways to drink a hot cup of coffee and a million places to buy them. Christianity is about honoring God with the resources he has blessed you. Can you do that at Starbucks?

One thought on “Starbucks ..the cups full of agenda”