The diaspora of the Hebrews… part 1

Hebrews were the first followers of Jesus and they numbered in the tens of thousands. Jesus was Jewish, his disciples were Jewish, the New Testament is Jewish (except for Luke), and the first congregations were Jewish.

Saul-Paul’s letters have references from the Tanakh (your “Old’ Test.) with which only the Hebrews would be familiar. He was writing as such to the Israelites whose ancestors hadn’t returned to the Land after the Assyrian exile, ensconced in the pagan religion of the lands of their births, and considered almost as Gentile as the non-Hebrews. Likewise, Philip went as far as modern day India to find them. 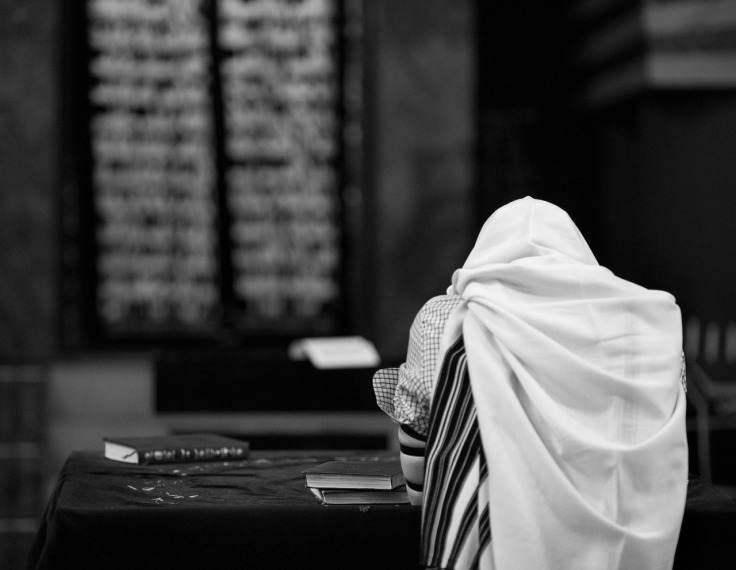 The question the apostles may have asked in those early days was, “Can Gentiles believe in Jesus?” They didn’t know the holy writings, the Commandments or the Law that reveal humanity’s sinful nature and need for a Redeemer and God’s promise to Redeem us of which Saul-Paul wrote.

The first century believers still went to the Synagogues every Shabbat Eve, and their non-believing (In Jesus) brethren still accepted them as sons of Israel, although they were considered very misled sons. The council in Jerusalem was comprised of Jews and led by Jesus’ brother, Jacob (James) and later, his nephew. Although the Pharisaical leaders tried to eradicate these believers whenever possible, they had not been able to produce Jesus’ body – proof they needed that he had not risen from the dead and could not be the Messiah – try as they might with the aid of the Romans.

Together with the fact that most Hebrews had seen Jesus perform the miracles, of which the apostles reminded them, the lack of a body was made it all the more convincing. Within a few years, the persecutions of believers waned as the religious leaders were discredited and the number of believers grew.

When Gentile (former pagans) converts began entering the Synagogues, the Rabbinical leadership (teachers of the Law) drew the line and took steps to make it impossible for them to remain. Through the Rabbis’ actions, the seeds of contempt were sown between non-believing Jews and followers of The Way or Nazarenes (then considered a Jewish sect), especially the Gentile converts.

As time progressed, churches in Roman districts began combining both religions, and those who did not spoke against this practice. The attitude of the Rome church is revealed in Paul’s own letter, that before his execution, he was alone save Luke. The Hebrew believers of Jesus in Rome church had abandoned him.

Several times, the Jews were ordered out of Rome (even while Paul was alive) and Synagogues closed. Religious historians state it was not uncommon for Romans to meet as believers, then return home to statues of Roman gods. When Titus destroyed the Temple in Jerusalem, the Jerusalem council left the city. It is not certain if they returned, but when Emperor Hadrian expelled all Jews from Jerusalem and Israel, renaming it Palestina, the Jewishness of this faith was doomed to be removed, as well.

Considering several facts in the book of Acts and the letters, I believe this ‘sect of Judaism’ was simply a continuation of the faith in God which was then solely followed by Hebrews. After all, there were only two choices: Jew or Gentile – monotheism or polytheism.

By 101 A.D. and beyond, writings of the ‘church fathers’ espoused increasingly apostate doctrines and anti-Jewish statements. The position of Bishop in the church, previously a political position as regional overseers for the Roman government, was created in a newly created hierarchical system, that reflected the polytheistic religions and governments with which converts were familiar.

Remember that the early congregations were overseen by a group of elders and all were to be involved in discussions of the holy writings. Some in the congregation had been given words of knowledge, some tongues (languages), etc. Is it possible that the gifts of these early congregations disappeared as the faith became a new religion?

By the fourth century, the Rome church was under the control of the first Pope who had been appointed by Emperor Constantine (if you don’t know by now, evidence shows he was a false convert). The Pope wore a crown, and vestments more like the king of the western leg of the empire, not normal attire of a servant of God.

The Pope travelled to Constantinople to report on the western leg of the empire and discuss the new religion: Christianity, formerly a derogatory term. It was under this leadership (Constantine and the Pope) that the new religion was given its rules and procedures: with a Jesus who was no longer Jewish, Sunday worship instituted by edict, and church doctrines that barely resembled those of the early congregations. (There is no such word ‘church’ in the Greek NT text.)

I often wonder what happened to the Jewish believers as the doctrines and sentiment of the church took a left turn in an effort to distance itself from its Jewish beginnings. Where did they go?

There are several hundred thousand people around the globe today, and over 20,000 native Israelis that have put their faith in Yeshua as their Messiah and are labeled “Jews”. The term “Jew” correctly refers to the Israelite people that belong to the tribe of Judah, yet, it has become an all inclusive term for the Hebrew nation.

Jewish followers of Yeshua generally keep the Jewish holidays, love Israel, and are concerned for the welfare of the greater Jewish community. You might say that a Jewish person who believes in Jesus is no longer a Jew. But that would be closed-minded? Old-fashioned pluralism is a cherished value within the modern Jewish community.

Did King Solomon cease being a Jew when his heart strayed towards the gods of his wives? What about Josiah’s rebellious generation, or Elijah’s idol-worshiping generation – did they cease to be Jews too? Does rebellion against God mean that a Jew ceases to be a Jew? No, not at all.