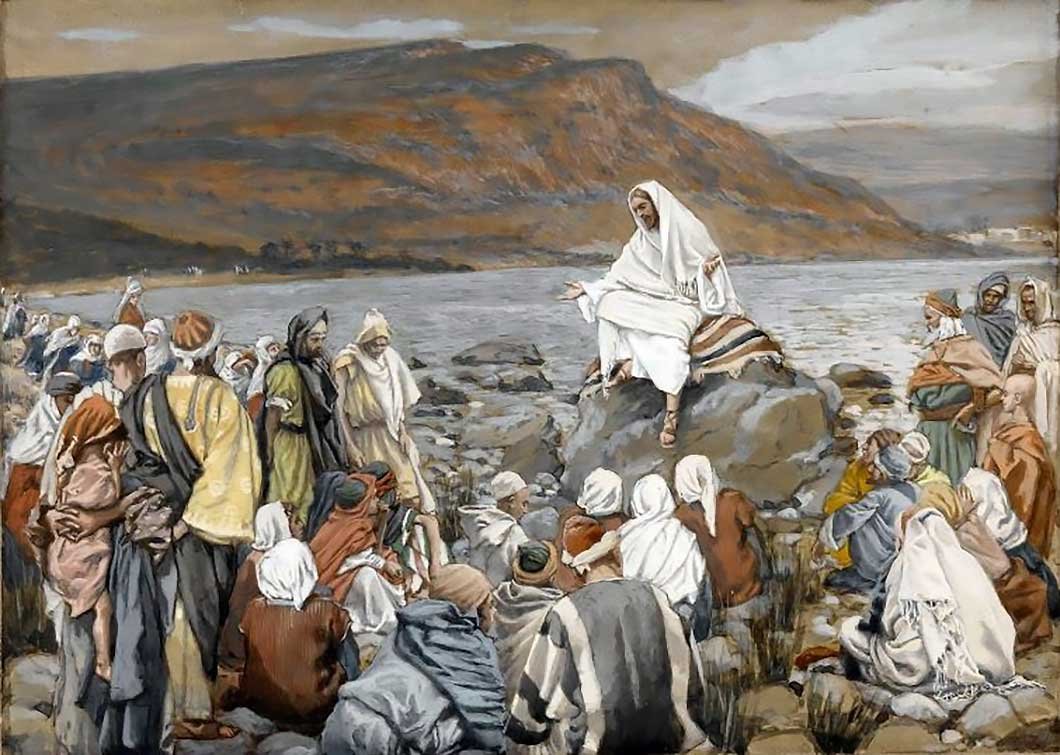 John used the word “Word” in dual form intentionally, to the Hebrew this meant “the breath or utterance of YHVH” or Genesis 1:1 “In the beginning YHVH created”; this is further expounded in Colossians 1:15-17 “The Son is the image of the invisible God, the firstborn over all creation. For in him all things were created: things in heaven and on earth, visible and invisible, whether thrones or powers or rulers or authorities; all things have been created through him and for him. He is before all things, and in him all things hold together.” This was common and acceptable for the Hebrew listening/reading.

The rub would then come from the other major society of the era, the Greeks and Romans, the thinkers and philosophers. The word “Word” would be taken by them in their understanding as “Logos” meaning “the rational principle of the universe, gaining knowledge of another human through conversation to exceed over appearance only.”

John 1:4 “In him was life, and that life was the light of all mankind.”

Now that John has everyone’s attention John moves to the depth of Yeshua’ creation/existence. This sentence delivers the concrete and irrefutable deity of Jesus as an extension of the Spirit of YHVH. This is the only way God can bring His holy perfect presence anywhere close to humanity. The Hebrews could accept this thinking as they knew Moses was only allowed to look upon his backside and came down off Mt Sinai glowing like he had eaten a nuclear power plant.

To the Gentiles this was still an article to build the case for John’s position, so he continues with …. “There was a man sent from God whose name was John (the Baptist). He came as a witness to testify concerning that light, so that through him all might believe. He himself was not the light; he came only as a witness to the light.”

This let the Gentiles know that there had been a divinely appointed messenger [in the same accordance as the angels who were sent in the OT] proclaiming the coming of this personage of YHVH in Yeshua.

The part that speaks of deity are the words “In him” , In him was THE light. This explanation is like the sun, in the sun there is the essence of light and it continually produces light whether we are looking at it, or under a cloud, or hiding from it. The sun always produces light, and here too, Yeshua is always the essence of YHVH. He cannot shut it off.

The sad part for the Hebrews was this ” he came unto his own and they knew Him not” …. they missed the eyewitnesses point.

In Hebrews 1 we read “In the past God spoke to our ancestors through the prophets at many times and in various ways, but in these last days he has spoken to us by his Son, whom he appointed heir of all things, and through whom also he made the universe. The Son is the radiance of God’s glory and the exact representation of his being, sustaining all things by his powerful word.”

The EXACT REPRESENTATION OF HIS BEING!!! Yeshua is not a separate spiritual entity He IS the spiritual extension of YHVH so that through Him we can have understanding what it is He wants from us, His children.

John captures the beauty of Gods plan to include the Gentile in His Salvation with these words:

“Yet to all who did receive him, to those who believed in his name, he gave the right to become children of God— children born not of natural descent, nor of human decision or a husband’s will, but born of God.”

It was God’s plan to bring all of humanity to salvation through Yeshua!

Praise be to the Father! Shout it from the mountain tops! Glory Halleluiah!!!!