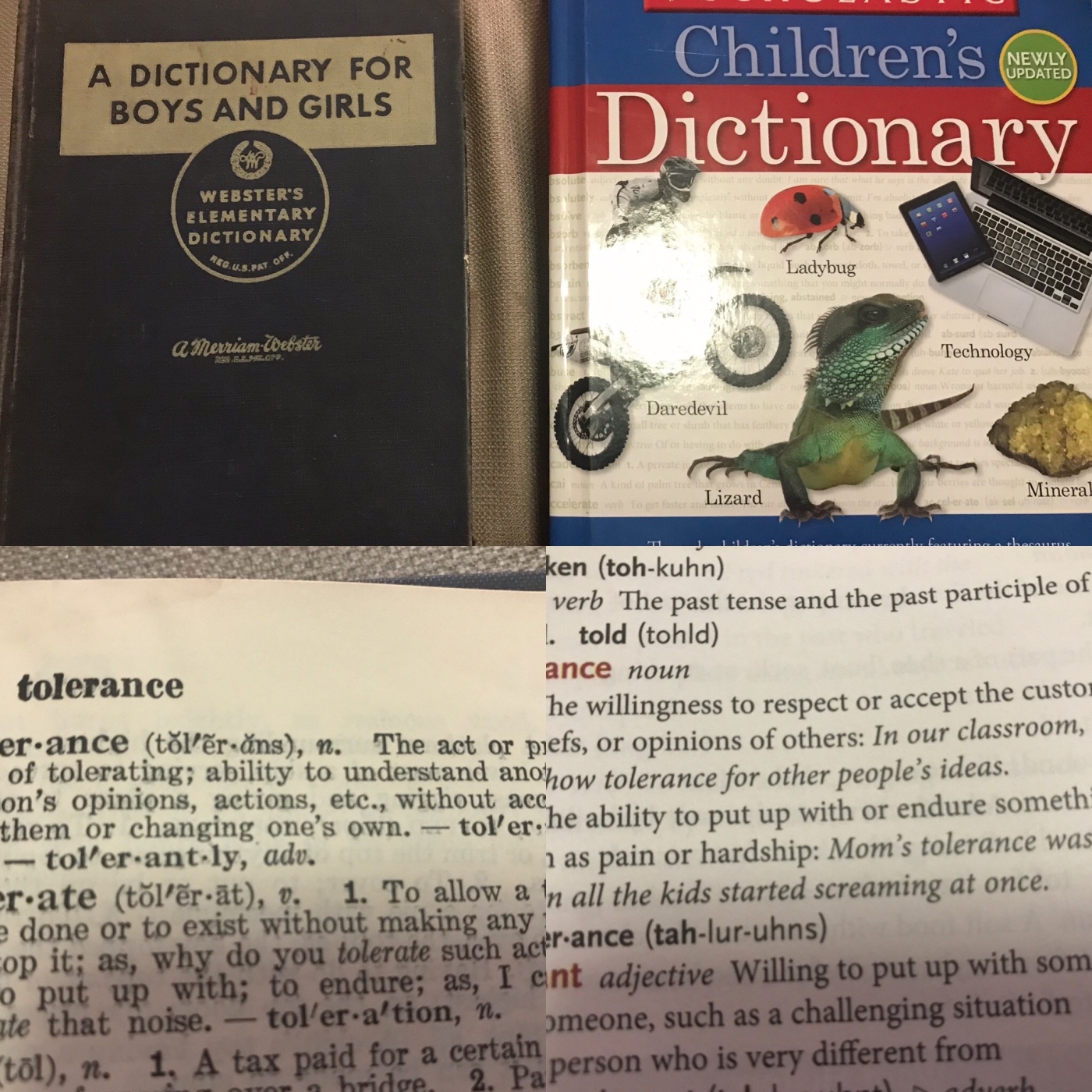 The current state of affairs in America can be attributed to several things, none of which could stand alone, yet together they cause a sea of misdirection to divide and conquer the nation. Race-baiting, intentionally creating poverty/welfare states, hyperbolic language and criminalizing inanimate objects has everyone living on frayed nerves. Many ask how such a thing could happen so quickly.

To be honest folks…. it is of no surprise to me in the least. Look at the following photos taken from my own library. The first dictionary belonged originally to my mother and was a part of her manuals for Junior High School, circa 1955, the second was given to my daughter in 2015 while in elementary school.

In the sixty year span the public school system, rooted and grounded in Greco-Roman Gnosticism, has intentionally changed the definition of many words to suit an agenda that has been determined for America since its inception.

Here I have exampled for you the word tolerance. Notice the 1955 definition describes a mental state that allows one human being the opportunity to explain, establish and support a position. Said position could cover politics, sex, religion, science or anything involving a choice or an option. It does NOT require the one listening to imbibe, acclimate or diverge into the belief of the presenter while the contemporary dictionary requires it.

It is this frame of mind that creates a distinct animosity towards anyone that does not readily agree with the stated position or belief. The addition of the ‘facts be damned’ propaganda bolstered by the post-Clinton “well that depends on the what the definition of the word “is” is..” which opened the floodgates of redefinition.

Americans are not alone. All of humanity has, and will continue, to fit the narrative of their preferences into the definition of words they either do not like or do not fully understand. This bastardizing of the language is then turned into a mantra and summarily incorporated into the verbiage by the media and advertising establishments.

The world as we know it is being programmed to hate. Order out of chaos. It is the motto of the men that framed the Constitution…. so much so they paste it on their only goal…. money/power/control.